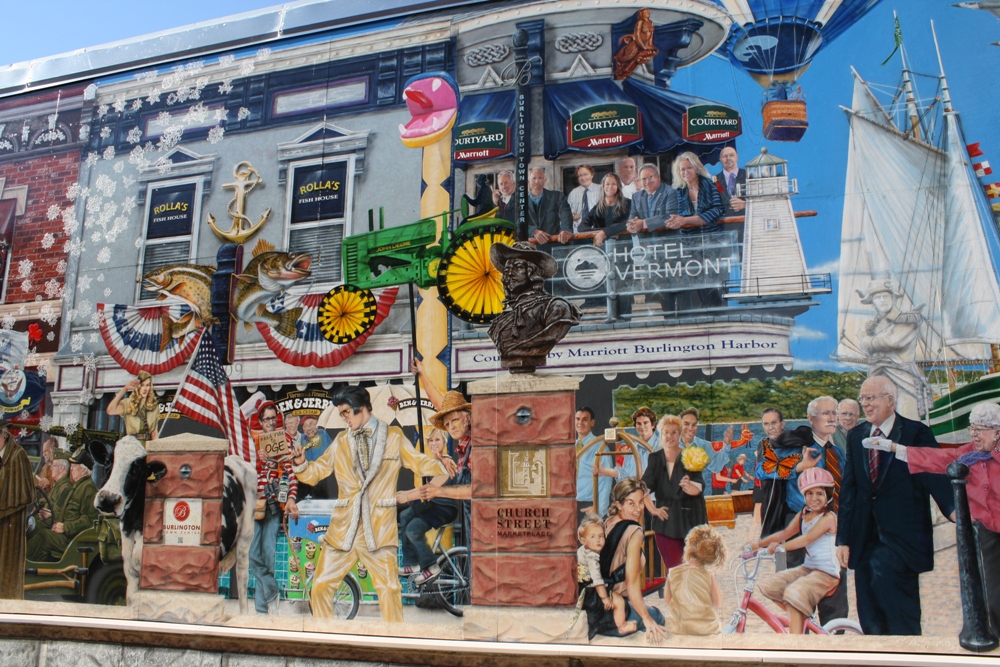 Earlier this year, a protester drew public attention to the Everyone Loves a Parade! mural featured in the Church Street Marketplace in Burlington, VT. This mural commemorates individuals who have contributed to life in present-day Vermont. The protester asked why the overwhelming number of those featured in the mural were of European heritage. Individuals from African, Asian, Native American, Middle Eastern, and Hispanic heritages also have contributed, and continue to contribute, to what the Green Mountain State is today.

The City of Burlington has asked our assistance in the creation of a new mural to commemorate Vermonters of color. This new mural will face the Everyone Loves a Parade! mural on Leahy Way in the Church Street Marketplace commercial district. We would like to solicit your suggestions of historic figures and/or contemporary persons of color to place in a larger than life mural. Send us your nomination along with your rationale to info@vtpfd.org. Please submit your nominations by January 18, 2018.

A small group working with the commercial district will determine whom to feature in the mural. In the spring we envision issuing a Request for Proposals (RFP) to muralists in Vermont and beyond. The RFP will have two components. The first will call for the design of the mural to be recreated on the wall. The second will call for a digital re-imagining of both murals combined. We are also soliciting technical advice on the possibility of modifying the existing Everyone Loves a Parade! mural with Vermonters of color.

Your thoughtful response to our request for nominations of notable Vermonters of color is greatly appreciated.